Bike paths in the Bologna countryside 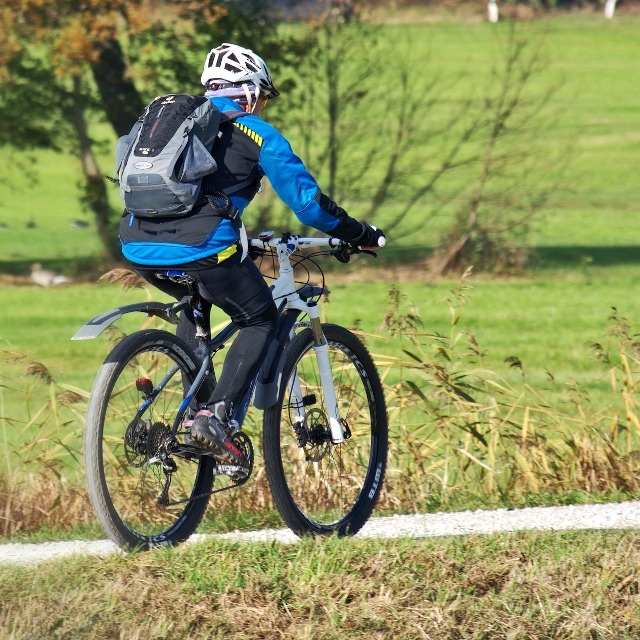 The Corte Roeli farmhouse is an ideal location for lovers of cycling. You will find us in the heart of the green Bolognese countryside, adjacent to long paths, with a mixed ground between paths and asphalted streets.

The most significant route is the Ciclovia del Navile, an itinerary that stretches along the banks of the canal of the same name, from the center of Bologna arriving in Bentivoglio and then continuing to Malalbergo.

This cycle path of ancient origins extends along the Navile waterway: from here in the past, goods, silk and food passed between the city of Bologna and its countryside. If in the Museum of Industrial Heritage (Bologna) you can find the story of that profitable trade exchange between the city and its countryside, it is by immersing yourself in the landscape of the Plain that you will fully appreciate the importance of the Navile. In addition to making you meet ancient hydraulic artifacts, mills, villas and castles and interesting natural oases where you can take a relaxing break, the Navile Cycle Route leads you to discover the hospitality and excellent cuisine typical of the Bolognese Plain.

The cycle path starts in the direction of Bologna from Malalbergo (Fattoria Corte Roeli) continuing along the course of the canal towards the town of Bentivoglio and making small detours you can reach the Oasis La Rizza and the Museum of Rural Life. Continue through the countryside dotted with small churches and ancient villas towards the territory of Castel Maggiore and crossing it you will arrive at the Corticella Bridge already mentioned in documents of the thirteenth century and dating back to 1289.

Continuing along the cycle path in the direction of Bologna you can then admire numerous supports dating back to the 15th and 16th centuries, such as the Sostegno del Torreggiani, Landi, Grassi, rebuilt by Vignola, and Corticella, where the first port of Bologna stood, reachable after crossing the Ponte della Bionda.

Along the way, you can also visit the Industrial Heritage Museum which documents the economic-productive history of the city and its territory from the Modern to the Contemporary Ages. At the end of the cycle path you arrive at Porta Galliera Bologna, first passing through Porta Lame, the Sostegno della Bova and, immediately after, the Park of Villa Angeletti.

×
This website uses cookies to give you a better browsing experience. We will only use profiling cookies if you agree by clicking Accept all. You can also manage your individual cookie preferences in the settings.

This website uses cookies to improve your experience while you navigate through the website. Out of these, the cookies that are categorized as necessary are stored on your browser as they are essential for the working of basic functionalities of the website. We also use third-party cookies that help us analyze and understand how you use this website. These cookies will be stored in your browser only with your consent. You also have the option to opt-out of these cookies. But opting out of some of these cookies may affect your browsing experience.
Necessary Always Enabled
Necessary cookies are absolutely essential for the website to function properly. These cookies ensure basic functionalities and security features of the website, anonymously.
Functional
Functional cookies help to perform certain functionalities like sharing the content of the website on social media platforms, collect feedbacks, and other third-party features.
Performance
Performance cookies are used to understand and analyze the key performance indexes of the website which helps in delivering a better user experience for the visitors.
Analytics
Analytical cookies are used to understand how visitors interact with the website. These cookies help provide information on metrics the number of visitors, bounce rate, traffic source, etc.
Advertisement
Advertisement cookies are used to provide visitors with relevant ads and marketing campaigns. These cookies track visitors across websites and collect information to provide customized ads.
Others
Other uncategorized cookies are those that are being analyzed and have not been classified into a category as yet.
SAVE & ACCEPT
Powered by